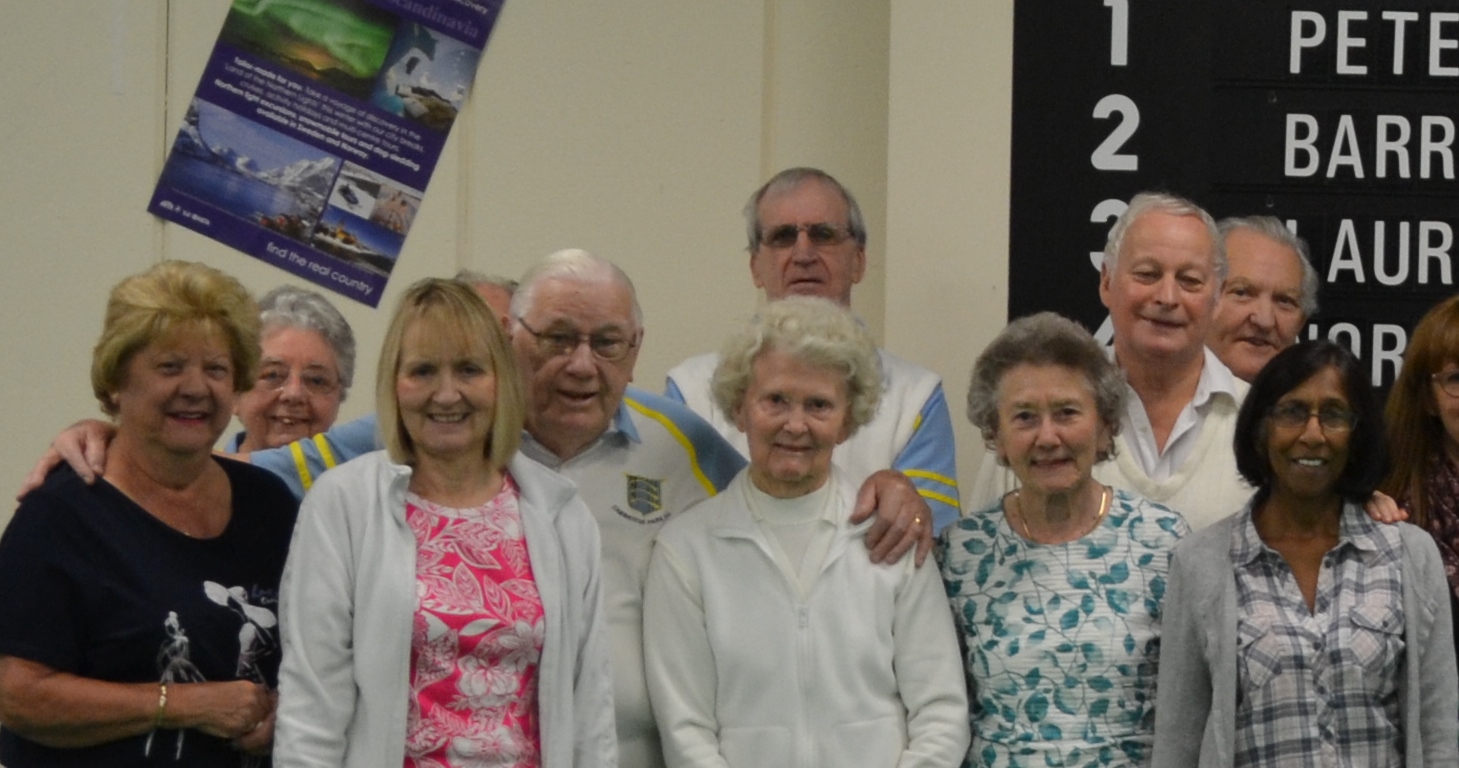 It was with great sadness that we learned of Rita’s passing suddenly on Tuesday 12th November at the care home in Kent.

Rita had been a longtime member of Cambridge Park playing the highly important role of lead in many national competitions as well as for the County and club.

She was lively with a great sense of humour with a love of life, bowls, dancing and animals .. and Gerry, of course!

She became increasingly frail and had to give up bowling at the beginning of the 2018/19 indoor season but managed to come and watch on a few occasions.  At the end of the summer this year, she moved to a care home in Kent to be nearer her daughter.  She was torn between staying in St Margarets near Gerry and her friends but was unable to cope on living on her own and was happy and well looked after in the care home.

Gerry surprised her a few weeks ago when he turned up beside her as she dozed.  She was certainly surprised and delighted to see him and they were able to go out for lunch on two days.  They rang me from the home and she said she was so pleased to see him and hear all the news from the club and how well everyone was doing.

Her death came unexpectedly but it was a release for Rita who was struggling with a variety of medical issues .  As we all know, she was fiercely independent, so it made it tough for her to have to be dependent on others to help her with everything.

It was the end of the chapter of her long and full life and our deepest sympathies go out to Sharon, her daughter, and family, and of course her long time companion Gerry.  Sending all of them a big hug with positive thoughts of love and support from everyone at Cambridge Park.

Rita’s funeral will be at Mortlake Crematorium as she requested at 12.40 pm on Thursday 5th December and afterwards at Cambridge Park with a chance to share memories.  Please let Jane know if you would like to come along so we can have an idea of numbers for catering.