We were very lucky with the weather for a start!  A great achievement by Lucy H, Sarah & Stella K with a victory over the Men’s ‘loaded’ team!!  The green was very fast and new bowler Stella, had a blinder of a game at lead which of course helped the girls and put pressure on the men.  Conversely, Dawn’s triple never really got going against Stormin Norman with Dave W and Terry, who outplayed us fair and square.  Well done to them.  Ange, Gill & Corale only lost v Steve G, Brian N & Peter C on the final end.  Ann H, Tricia & Joan O’Njust pipped Gym, Gerry/Tony O’B and Bernard, Jean, Nadine & Corrine lost on the last end to  P Ann M provided an excellent Ploughman’s meal so we thank her plus Norman for his scones,  Laurence for his Rock Cakes, Dawn  for  her  Trifle  and  Scott for  his slick  ‘runner’  job.  Jane kept  us  hydrated throughout  the  afternoon and   it   was  good to see our friends spectating in their groups of six (they didn’t dare move a chair!) to close the chapter on the season.  Beryl, Jill G, Tony & Shirley O, Eric, Dick & Di, Reg, George H, Ann B, Val F, Brian & Carol C, Jean’s d-i-l, John B, and a younger couple who I’m afraid I didn’t manage to speak to.  We’re very lucky to have so much space outdoors.

Ann’s raffle with surplus funds from the meal raised £400 for Macmillan Cancer Support, with Kevin C winning the hamper and prizes for Brian Cr, George H,  Ann B and Gordon.  Coupled with the number of wrong biases during the day, the Men had an overall win, although we consider that all the members won!  If it hadn’t been for Ange, Jacquie E, Laurence, Audrey, Gordon and Dawn,  we might never had had an outdoor season.  Thank you to everyone who played, supported and believed in us. 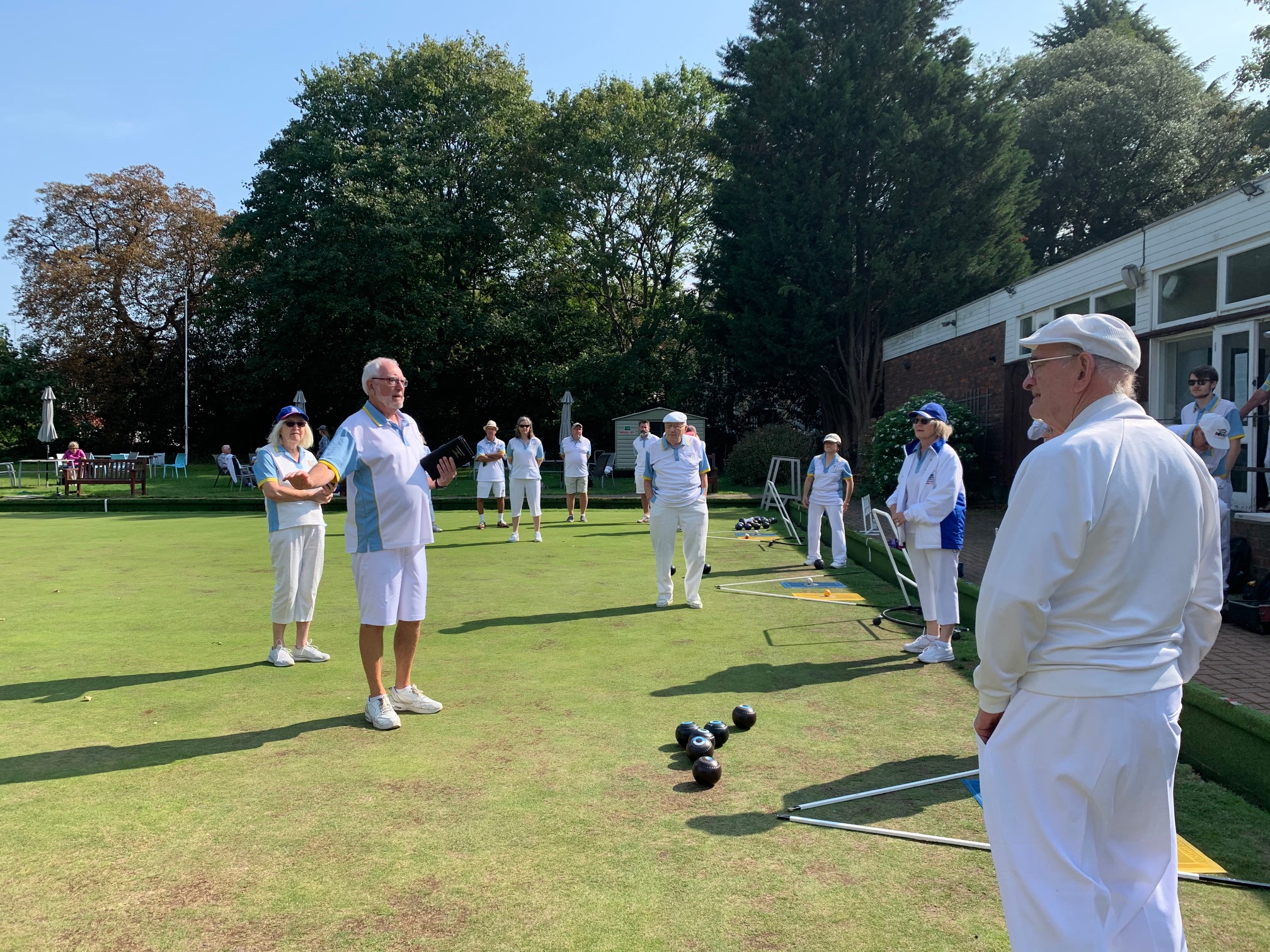 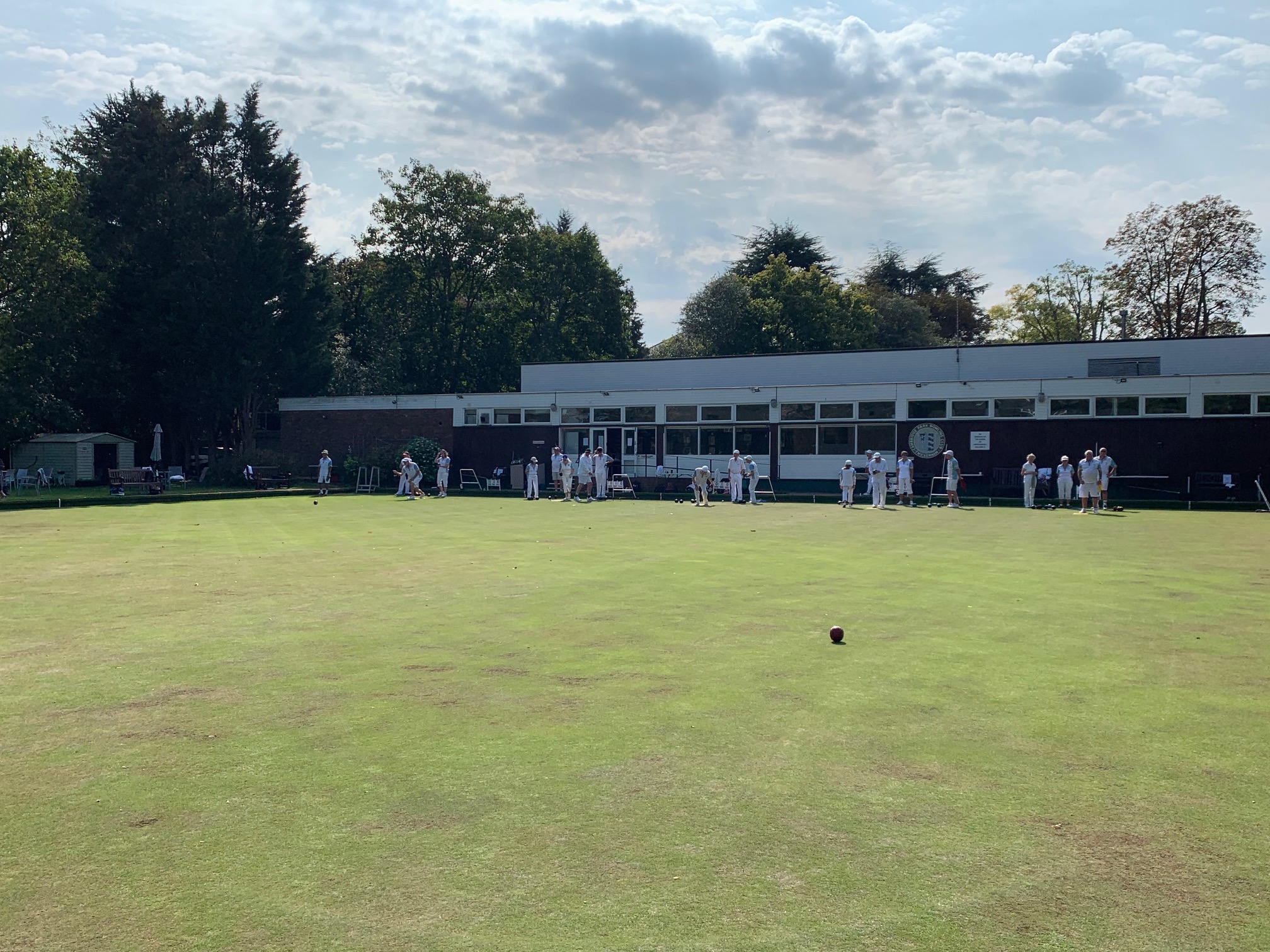 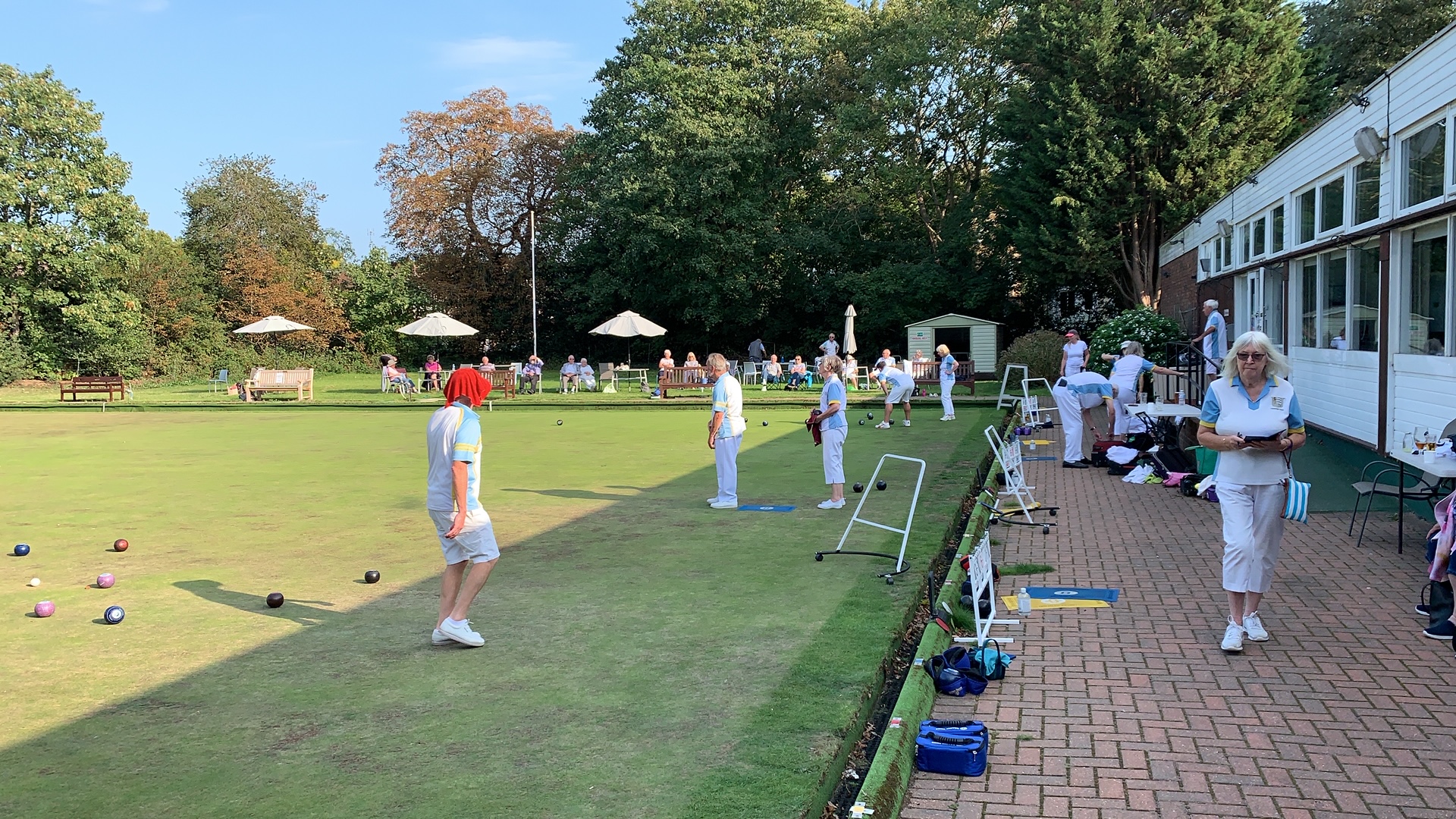 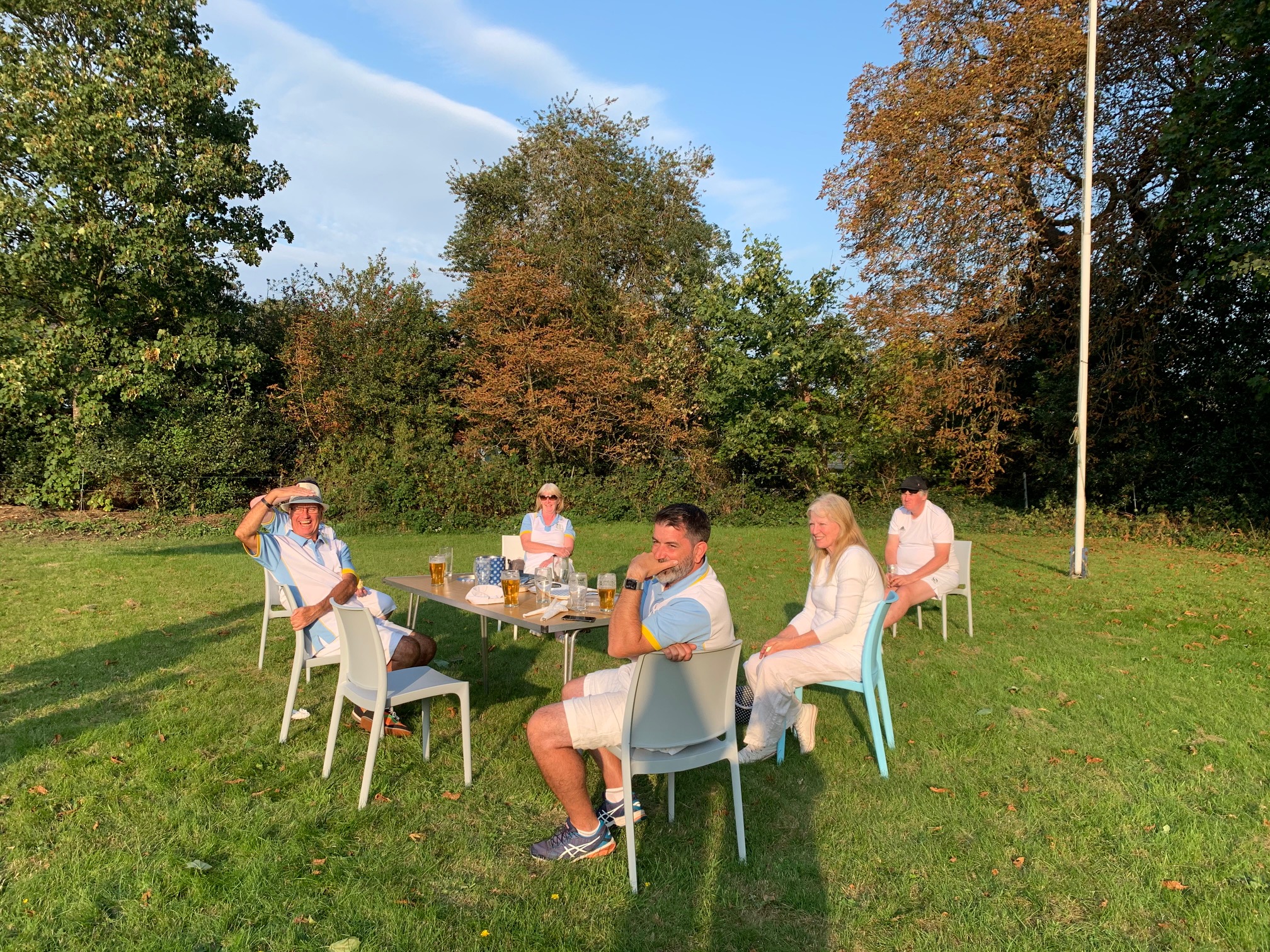