I don’t think I posted this after my Saturday walk but Trevor our groundsman has been spending a lot of the winter sorting out the tree roots that were poking up in the green.  As you can see, he’s added a bit of colour with the flags.  Nice touch! 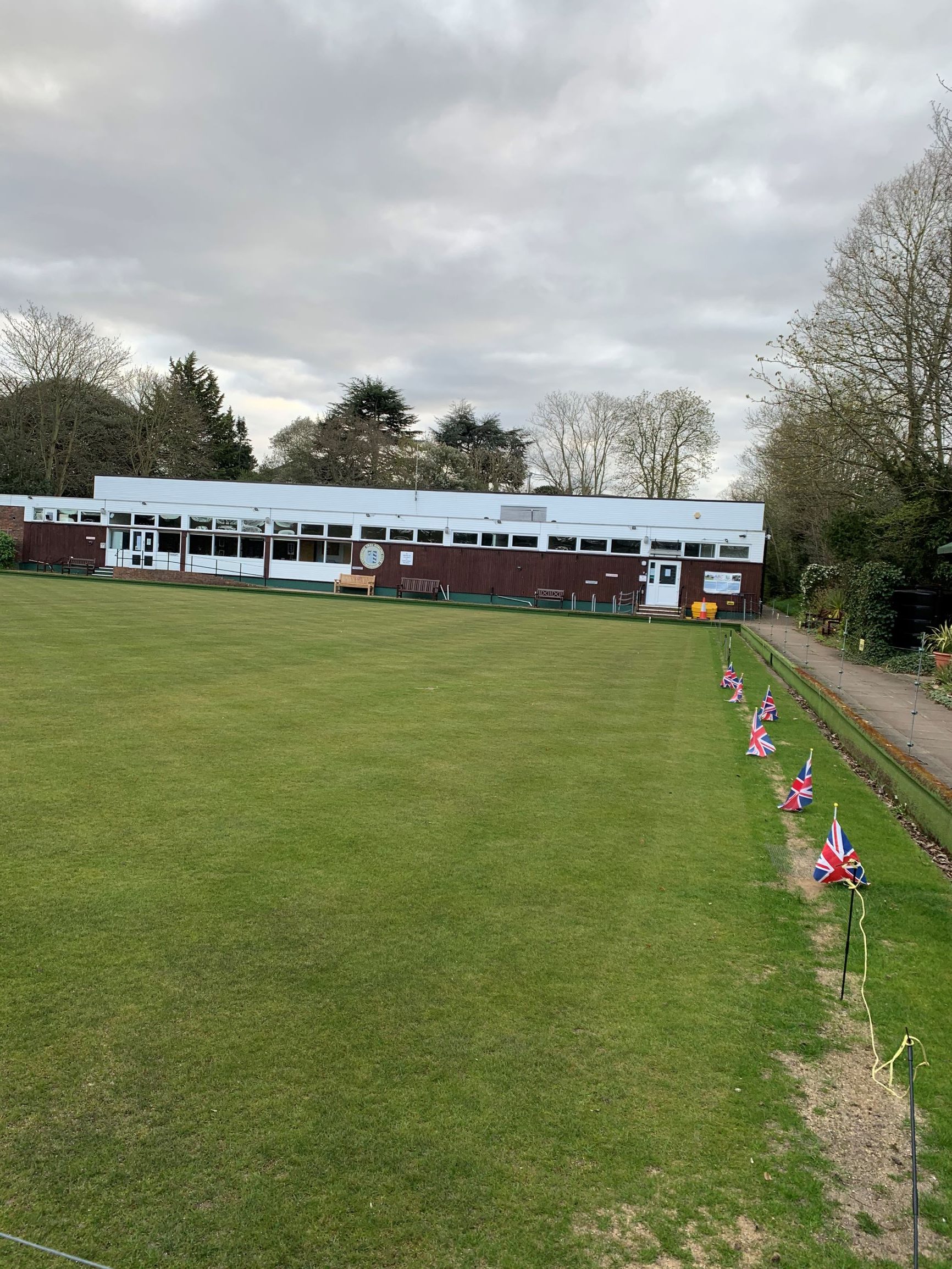 I spoke to Jim Parker.  He loves his bungalow in Rustington.  His family live nearby and are delivering food parcels to his doorstep along with a neighbour from the local church, where he was attending their Sunday lunches and is looking forward to those starting up again.  He sends his love to everyone and he misses us and the banter.  He also misses his weekly coffee and cake with Reg and Ron C – both of whom are well.

When we’re all let out again, he is hoping to join one of the two local outdoor clubs.  He says he wouldn’t be able to travel up to London again but if anyone finds themselves down his way, we can let him know.

The Hampton BC crew have their own WhatsApp group and are keeping in touch that way.  Many are tucked away because of underlying health issues but all are well.

Both Strawberry Hill and NPL are all keeping in touch.  I had a long email from Jeanett who seems to be on a big spring clean and tidy up.  I think I might have to borrow her later in the summer!  Wilma and the French’s seem to be decorating.  Let us know what else you are up to?

On a personal note, one of my work colleagues has gone into ICU overnight.  He is being well looked after but if you can spare some positive thoughts to go to him, his wife and his young family, I would really appreciate it.

We are stronger together!

Keep handwashing, keep laughing – remember when Bernard removed his stickers when guesting for an opposing team and he sent up two wrong biases?  Joan, tut tutted and went over and put stickers on his bowls.  It’s a shame she put them on the wrong sides and he did two more wrong biases before someone sorted him out!  Still makes me laugh!